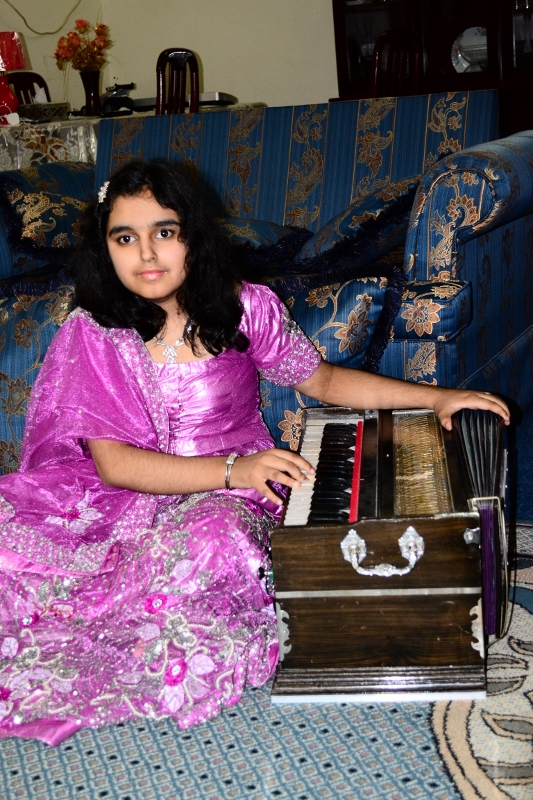 Vasundhara Raturi is a versatile singer, who has stolen many hearts by her golden and harmonious voice.

She hails from the state of Uttarakhand in India. Vasundhara gave her first stage performance at the age of 5 at New York during her stay, where she rendered bhajans (devotional hymns.) Vasundhara has participated in and won several reality shows telecasted on Indian national television; one such being the prestigious singing reality show, Sa Re Ga Ma Pa Lil Champs. She has been facilitated many times by the government of Delhi.

She has been honored with the Uttarakhand Bal-vishisht Samman, and the Uttarayani Ratna Puraskaar given by the government of Uttarakhand. Apart from performing in various states of India, Vasundhara has performed in UAE, Oman, Qatar, USA, Belgium, Luxemburg, and UK as well.

Vasundhara took her initial training in Indian classical music from Smt. Purnima Desai ji, and later from Ustad Ashraf Ali Khan ji of Kirana Gharana. At present, she is continuing her training under the tutelage of Shri Vijaykumar Patil ji, who is also an exponent of Kirana gharana. She attempts a wide range of genres within Indian music, and tries to incorporate different styles into her singing.